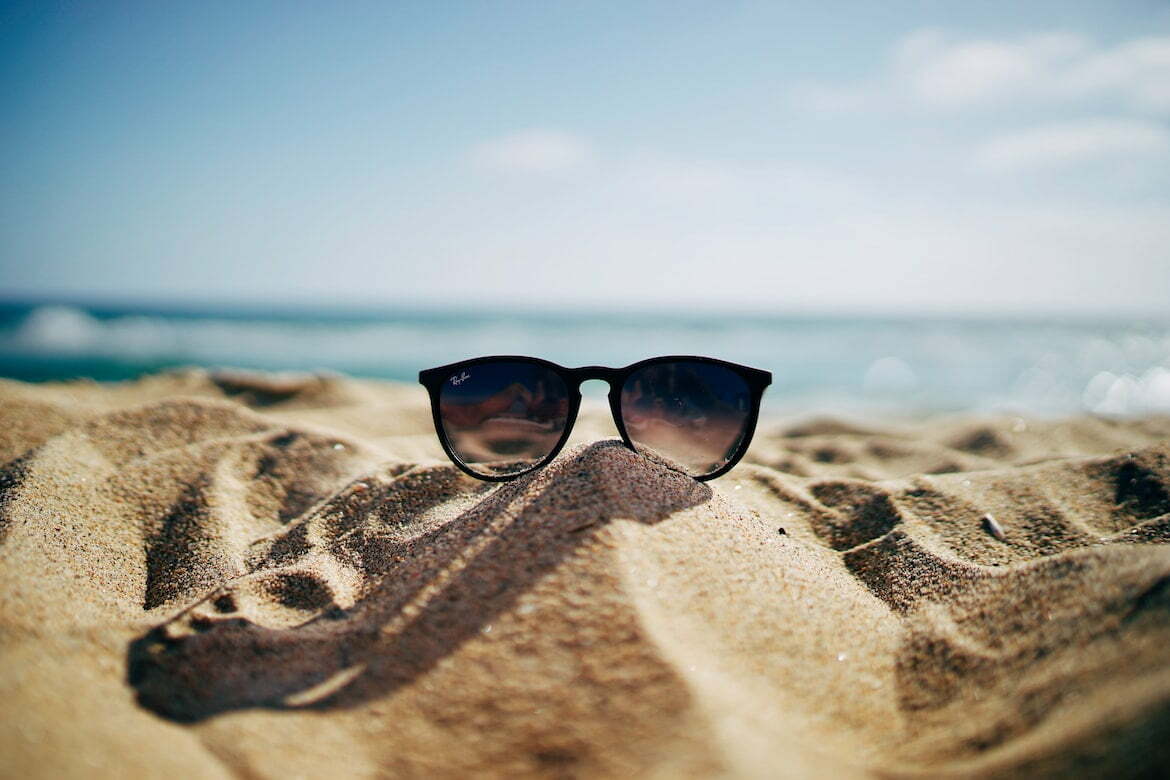 Polarized sunglasses are a popular option for individuals who want to ease eye strain and find an effective solution to troublesome glares. However, polarized lenses won’t solve all issues with bright conditions, so it’s important to understand their limitations. Diving deeper into how polarized lenses work will help you understand whether these sunglasses are right for you.

What Are Polarized Glasses?

Image by Ethan Robertson is licensed with Unsplash License

Polarized glasses feature a chemical film that helps block out a portion of the light that passes through the lens. They act much like Venetian blinds, which block some light coming through the window while still allowing illumination into the room.

Light waves vibrate and radiate on several planes of direction such that your eyes may catch both horizontal and vertical light waves. The chemical film on polarized lenses features molecules that align in a parallel reaction to each other on one particular plane of direction. Polarized lenses only allow the passage of light waves that do not match their orientation.

In this way, polarized sunglasses can permit only vertical light waves while blocking horizontally aligned light waves. These horizontal rays of light typically come from reflective surfaces, such as the surface of a lake. This is why you might find an expanse of water difficult to look at on a sunny day without the assistance of a good pair of polarized sunglasses.

What Are Non-Polarized Glasses?

The Benefits and Drawbacks of Polarized Glasses

Polarized glasses are darker than non-polarized glasses. Their primary purpose is reducing glare that typically comes from reflective surfaces, such as snow, glass, or water. Polarization increases visual clarity by providing more contrast in particularly bright situations. The chemical filter on polarized lenses focuses exclusively on light waves, so it doesn’t alter the color of the surrounding environment the way other sunglasses might.

The Benefits and Drawbacks of Non-Polarized Glasses

When To Use Polarized Glasses

Polarized sunglasses come with a higher price tag than non-polarized ones, so it’s important to make your selection mindfully. Though polarized lenses represent more of an investment, it’s often worth it. You should wear polarized glasses if you’re in any type of outdoor situation where there’s a lot of glare.

Polarized lenses are a necessity for boaters and fishermen because they’re a tremendous help with the reflective light coming off the water. Polarized lenses are also helpful for many bikers and professional drivers who have to deal with a lot of glare off hot roadways, bumpers, and windshields on sunny days. Polarized sunglasses ease eye strain and help protect your eye health in these types of situations, making them a great investment when you’re regularly exposing your eyes to these types of conditions.

When To Use Non-Polarized Glasses

If you’re looking for an affordable pair of glasses for casual use, non-polarized glasses can be a great fit. They have a low price tag and help shade your surroundings somewhat while providing UV protection in most cases. Non-polarized lenses are also more durable, so you won’t have to replace them as often.

If you’re troubled by sunglasses that make whites appear off-hue, you’ll probably be happier with non-polarized glasses than polarized ones. Individuals who often look at LCD screens may also prefer non-polarized glasses. They can make it easier to see your cell phone screen, LCD watch faces, and the infotainment system in your car.

While polarized lenses are great for sunny roads with a lot of glare, they’re not as good on roads where you’re actively looking for a particular type of glare. For example, icy roads often have a signature sheen that can alert you to slick spots. If you’re wearing polarized glasses, you won’t see the reflective glare, which can make it more difficult to navigate these areas. Non-polarized lenses are, therefore, a smarter choice for some types of winter driving in potentially hazardous conditions.

How To Tell If Lenses Are Polarized

In most cases, you will see a noticeable darkening or lightening of a polarized lens when you turn it 90 degrees in front of an LCD screen. The LCD screen emits light at a certain frequency, and rotating the lens of your sunglasses will significantly impact how much of that light comes through. If you have two lenses from a pair of polarized sunglasses and you hold them over top of one another at a 90-degree angle to each other, you’ll see a significant darkening effect because the lenses at opposing angles block light both vertically and horizontally.

Whether you’re looking for polarized or non-polarized lenses, prescription sunglasses are the ideal option if you need to wear glasses to see clearly. Contact our team at Northeastern Eye Institute for an updated prescription and assistance ordering the right glasses for your needs.