Glaucoma is a progressive disease of the eye that damages the optic nerve. It’s caused by excessive fluid pressure in the eye and can eventually lead to blindness if not treated as soon as it’s discovered.

Fortunately, at Northeastern Eye Institute, we can diagnose and provide a variety of treatments for patients with glaucoma to slow down the progression of the disease and preserve sight for as long as possible. 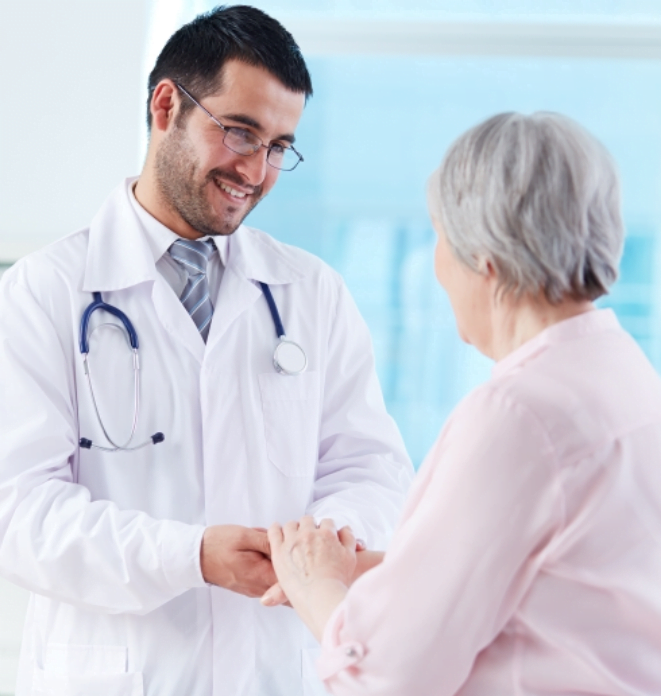 Who Is Most at Risk for Glaucoma?
Everyone is at risk for developing glaucoma, but certain populations are more prone to glaucoma than others. People who are at most risk include:
1

African-Americans over the age of 40.

Those with a family history of glaucoma.

Anyone with a medical condition, such as high blood pressure, sickle cell anemia, diabetes, and heart disease.

People who have a previous eye injury or had certain types of surgery.

Glaucoma is a grouping of eye diseases that gradually causes vision loss and can result in total blindness if treatment hasn’t been sought, especially promptly. It starts out as a silent condition. Case in point, at least half of all people diagnosed with glaucoma had no idea they were suffering from the disease. Also, glaucoma can’t be prevented, and no credible research has been provided for its exact cause. But most evidence points to a build-up of pressure in the eye that damages the optic nerve. At the moment, glaucoma isn’t curable, but it’s treatable.

The most common type of glaucoma is open-angle glaucoma, named so because it creates blind spots in the peripheral or central vision in both eyes. Other types of glaucoma include acute angle-closure, normal-tension, and congenital.

Secondary glaucoma can also develop in response to another medical condition. These types of glaucoma are neovascular, pigmentary, exfoliation, and uveitic. 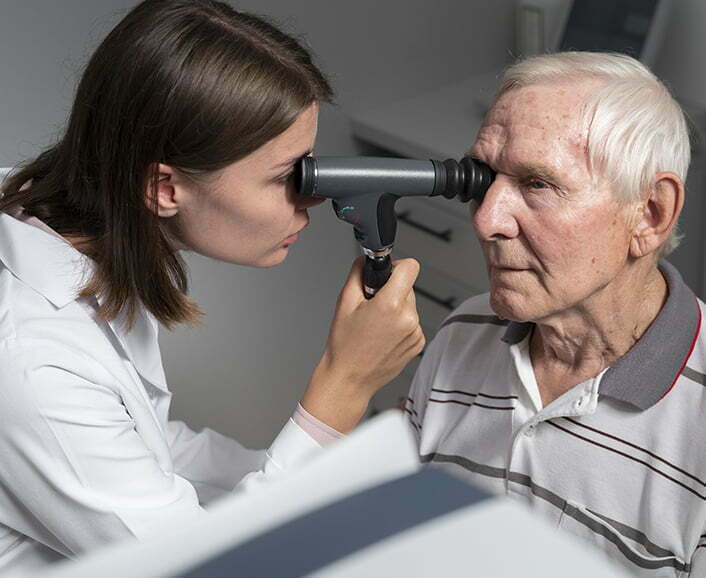 There are usually little to no early symptoms of glaucoma. This absence makes it seem like there’s nothing wrong with your vision at all. But as glaucoma progresses and impairs
the nerve, you’ll start noticing it’s more difficult to see out of your peripheral vision, especially in the area where you can see your nose. You’ll also lose peripheral vision to the outer sides over time. Even you may find that you can’t see out of the sides of your vision at all. If this happens, we recommend you immediately contact Northeastern Eye Institute for an eye exam.

Common symptoms of glaucoma include:

At Northeastern Eye Institute, we provide different treatments for glaucoma according to accepted practices and in response to the stage of the disease. The goal of glaucoma treatment is to lower the pressure in your eye (intraocular pressure) and slow down the disease progression to preserve eyesight. As previously mentioned, the disease has no cure, but regular exams and treatment can retard its progression and preserve vision for as long as possible.

After a diagnosis of glaucoma, treatment usually begins with prescription eye drops. The eye drops decrease the pressure in your eye by improving fluid drainage or reducing the eye’s ability to produce fluid. You may need multiple medications to treat glaucoma, depending on how low your eye pressure should be.

Medical care professionals seek surgery or therapies to improve the drainage of fluid from the eye and lower pressure. One type of treatment, laser trabeculoplasty, works on patients with open-angle glaucoma. The laser opens up clogged channels in the eye, allowing the eye to drain naturally. Drainage tubes are another option. The surgeon places a small tube in the eye to drain excess fluid. Lastly, minimally invasive glaucoma surgery (MIGS) techniques can be employed. There are a few different types of MIGS, and your doctor will explain which one is best for you.

Treatment for glaucoma should begin the moment it’s diagnosed in order to slow its progression and maintain normal intraocular pressure. Delaying glaucoma treatment allows the disease to progress unchecked and destroy the optic nerve, possibly resulting in permanent blindness.

The most effective way to prevent glaucoma is to get regular eye exams, even if you have perfect vision and don’t require glasses. The signs of glaucoma are barely noticeable and can sneak up without you realizing you’re experiencing the early stages of the disease. Further, the fact that glaucoma is caused by increased fluid pressure in the eye is well known, but what causes the increased fluid pressure is not. There are no definitive signs that you’re going to experience glaucoma until you realize you’re having issues with your vision.

If you have a family history of glaucoma, you should have frequent eye exams to monitor your intraocular pressure. Regular screening creates a baseline that an eye doctor can use to compare against during future visits. And in the event you develop glaucoma, it can be caught at an early stage because you’ve been proactive with your eye care.

You can get treatment to slow down the progression of the disease as soon as it appears, and also to preserve your vision. In other words, although glaucoma isn’t preventable, you can take steps to minimize its effect on your vision and your life.

At Northeastern Eye Institute, we can help you stay on top of your glaucoma and provide the appropriate treatment to preserve your vision. We know how important it is for our patients to retain their sight, and we have a variety of treatment options available for the various stages of glaucoma. Northeastern Eye Institute also provides comprehensive eye care services for a broad range of eye care needs and offers the latest surgical procedures. Our team of highly trained eye care professionals have years of experience in the field of eye care, and can help you find a resolution for your visual needs.